Jonathan Dawson is Head of Economics at Schumacher College (UK) and appeared at the OASES Graduate School in Melbourne to talk about “What we are learning about transformative pedagogy: reflections on the edge” (Monday 24th August, 2015)

About two dozen of us sat in a wide circle to hear Jonathan speak on his experiences of 11 years at the Findhorn community and his last 4 years at legendary home of sustainability Schumacher College. Naturally this included not just listening to a lecture; in fact, we got up and enjoyed a multi-layered, space-changing exercise in the large hall as a group, as a way of shifting our minds out of that passive receptive mode so common to traditional education. This game introduced us to the way quantum fields operate in interpersonal exchanges, as each of us moved around the room in an attempt to maintain the same distance between ourselves and two other people we had chosen at random. With everyone moving to try and maintain this equidistance, we represented a room full of people in a kind of magnetic flow, of constellations that did not follow social norms of reason, kin or bonding, but which nevertheless reflected some of the ways change actually does happen amongst people (and atoms and stars). I was amongst those that felt something profound happen during this exercise; something beneath or beyond words, yet deeply meaningful.

With this in mind, and in hindsight, it should not seem so surprising that Jonathan chose to begin his spoken presentation with an anecdote about the way that ‘closing circles’ inevitably bring about very strong feelings for participants in transformational learning, whether they’ve been together for a whole year or a weekend workshop. ‘Coz this is where people realise what they have gained through engaging in learning that seeks to expand our thought processes beyond what sociologist Max Weber called ‘the iron cage of reason.’ This is where learning is an experience, which opens up the heart, body and whatever we like to call our mostly intangible sense of soul or spirit. When learning experiences ask us to recalibrate the way we think, listen, communicate, reason, feel and be with others, the results can be profound. Perhaps this is the kind of educational paradigm required in an era where everything seems to be changing faster than ever even as we ‘postmodern individuals’ awaken to the fact that we are all connected, to those in our human communities as well as to the world itself. 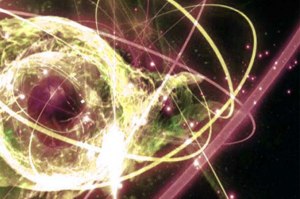 And just as global challenges require a systemic (or holistic) response, each of us are also effected at some personal level, within, in those places where we experience emotions that are too often marginalised in the ‘management’ discourse that dominates adult education today. This is why transformational pedagogies remain more relevant than ever. Because we need to feel what is happening in the world around us if we are to respond appropriately. We are intelligent, social primates who are capable of reflection upon – and most importantly behavioural change in response to – what is happening around us. Real change will not come from bringing the intellect to bear alone; realistic responses require emotional and embodied engagement, physical experiences of what is happening and what we can do about it. Sometimes this may be as seemingly impotent as allowing ourselves to weep at the realisation of how heavy the ecological footprint is of industrialised societies, an outcome Jonathan says he has witnessed countless times, even when working with corporate and other managerial workers. By circumventing the abstractions of statistics, for example, an exercise like forming groups of people on two sides of the room – one to represent the consumers of ‘resources’ and the other to represent the relatively voiceless numbers of less advantaged peoples (or the even more voiceless earth itself) – can undercut the avoidance of grief that is part of our consumer era.

Naturally there is a strong element of phenomenology involved in such exercises and Jonathan mentioned how applying such philosophies in experiential educational contexts can allow participants to revalue personal, lived senses of justice and to dissolve some of our often uncritically accepted loyalties to dominant paradigms of reductionist meaning. He discussed how language can reduce a living subject, such as a tree, to a category box. We look, we define it as ‘just a tree,’ and we move on. This process doesn’t allow for the living being to be appreciated and makes it easier for us to accept that it could be treated as simply a ‘resource’ – something we can use at will and not care about any further. Transformative education asks us to rethink this process; to slow down and appreciate the tree as a fellow subject, another living being, who has the same right to be exactly as it is, where it is, as we do.

I took the opportunity in a personal conversation with Jonathan at a later date to point out that I think arguments like the one by David Abrams, which claim that the written language has a kind of soul-destroying nature, may actually be aimed at the wrong suspect. From what I learnt of the agricultural revolution, especially in and around the Mesopotamian region around 8-10 millennia ago, which so strongly influenced the Levantine and southern European civilizations that followed it, written codes followed physical practices a long time later. The written alphabet did not create or even pre-empt a way of thinking that treated the world around the Sumerians as a set of resources rather than as a system of inter-related kin. This transformation, which many ecologically-minded people today find so troubling, occurred in the mind of oral peoples. The agricultural habit of treating the world as a set of resources was invented, developed and carried out for thousands of years before it was ever written down. If we want to find fault, it is with the dangerous creativity of humanity, combined with the temptation of a more managed system that could ensure consistently higher yields. Here is the beginning of capitalism and today’s worship of profit: in the availability of domesticable crops and animals, put to the service of humanity, until the plants and creatures themselves are thought of as chattels, things we own and control, rather than beings with whom we share kinship relations, lives we care for. When we consider indigenous epistemologies and what they have to offer to a 21st century, ecological way of living in the world, this is one of the main facets we must appreciate. Many pre-industrial cultures retain important aspects of pre-agricultural respect for all life and this extends our understanding of kinship and intrinsic rights to those beings, including even the inanimate world beneath our feet, in the rivers and seas, in the air we breathe.

In the circle at OASES, Jonathan also introduced ways to engage with what he called our ‘digital commons’ in the shift towards cooperative, communal learning. On the one hand, electronic and digital media are a great way to gather people together; but on the other, we need to connect with each other beyond the simplified set of senses this mode too often engages. Staring at the backlit screen is entirely visual, with a little tactile manipulation thrown in as we type or swipe. As already discussed, we need to add embodied, spatial skills (as well as the aural practice of deep listening, the symbolic capacity engendered with reflection, the self-trust that comes with feelings of intuition, and more) if we are to reforge the commonalities that bind us together with each other and the earth. One of the ideas that emerged out of this conversation was to ask appropriate questions, to take people from the screen to the event by piquing their curiosity, and to remember to have fun doing so. A morbid movement is one destined to collapse under the weight of its own ponderous fragility and grief; while these things have their place, they do not inspire people to act unless they are counterbalanced with the promise also of pleasurable interaction, wonderful storytelling, and convivial atmospheres. (And yes, we all laughed together that day at OASES.)

A venerable ally, Joanna Macy – saying something i love reminding myself and anyone else about …

Finally, Jonathan reminded us to switch the default position of transformational learning back to how people would learn if given the opportunity to share openly in community and thereby to experience themselves as self-aware bodies in relationship with others and the earth. We are primate beings, who evolved in relatively small bands of kin and who are hard-wired for compassion and generosity, given the conditions for these qualities to flourish. Nowadays, conditions favour a different kind of person and this has been developing since the agricultural revolution. We inherit so many bad habits – of reducing other lives to objects of profit and of thinking of ourselves first – that it takes time to dissolve them in experiences of shared support and a community of souls. This is what transformational education can offer today: learning experiences that are fully alive in mind and body – and that remind us we are also, as well, more-than-human and not less.

The Compassionate Gardener: a ministry of hope